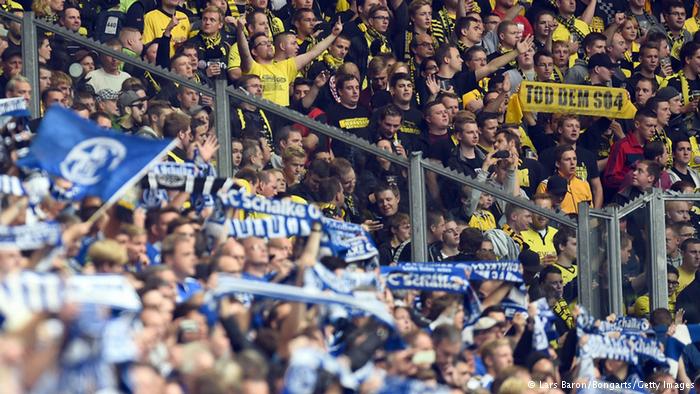 The weekend that straddles both February and March brings us a multitude of great games to enjoy from all across Europe, but here are our 4 picks that some may not have thought of.

Bundesliga – Borussia Dortmund v FC Schalke – 9:30am.
One of the fiercest derbies in Germany, made even more significant by the fact that both sides are desperate for the points. Throw in more World War II explosives at the stadium and this game will have everything!

Sky Bet Championship – Norwich City v Ipswich town – 9am.
The historic ‘East Anglian Derby’ is typically the most anticipated game of the season between these sets of fans, but the fact that Ipswich sit just 1 point above Norwich in the standings with both sides fighting for automatic promotion makes this encounter all the more tastier.

Capital One Cup Final – Chelsea v Tottenham Hotspur – 11am
The first significant silverware of the season pits these two London clubs against one another. Both teams will be looking for momentum following recent slips in the BPL and Europa League for Chelsea and Spurs respectively.

Ligue 1 – Monaco v Paris Saint-Germain – 3pm.
It’s second placed PSG traveling to fourth placed Monaco in the final game of the weekend with the principality side fresh of their shock 3-1 defeat of Arsenal in the UCL midweek. Always a fierce encounter, both sides have much to gain with 3 points on Sunday, a game you won’t want to miss.

Join us at either of our two New York locations: 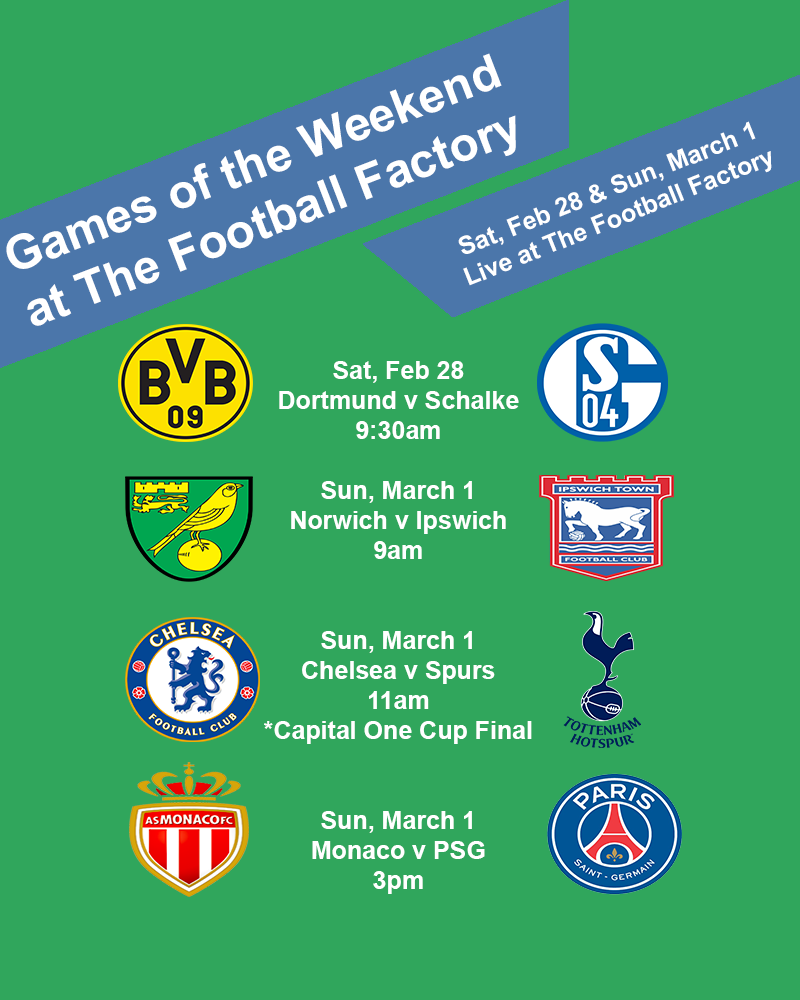